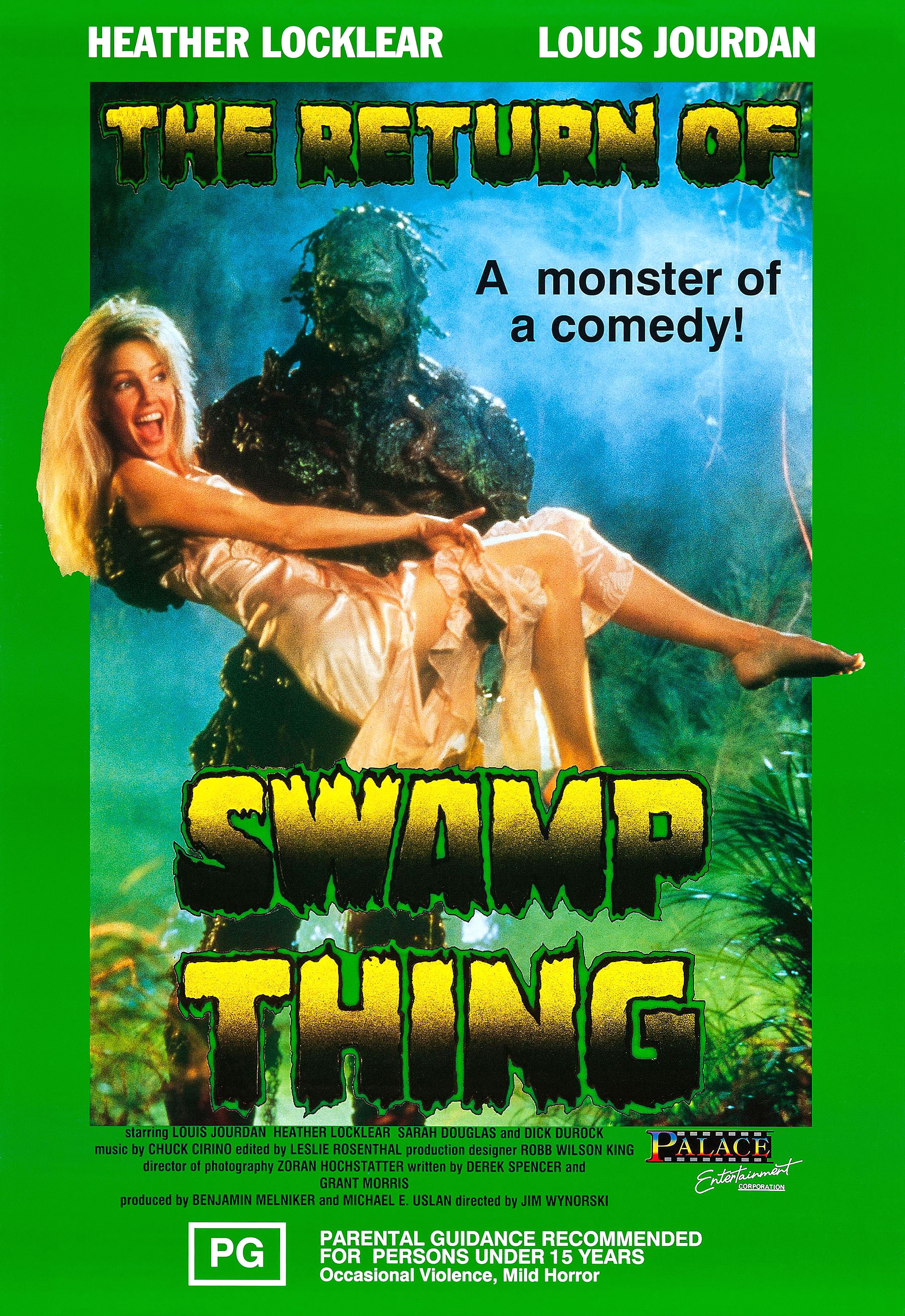 There’s no doubt about the star of this show: The Swamp Thing played by the stunt man Dick Durock has to be one of the most sympathetic super heroes to ever appear on the silver screen.

The movie itself is so-and-so. The decision to make it an intentionally campy comedy works half the way, but should’ve been faded out or carried out even further. As it is, it just takes away from the thrills and makes the movie seem more trivial. The overall production quality is way stronger than the plot, and creatures are hilariously imaginative and skilfully masked.