Gorky Park, a murder mystery taking place in Moscow always interested me. Not because of the location itself, but for starring William Hurt and Brian Dennehy, both big time favourites of mine.

There is another aspect to Gorky Park that kind of interested me as well. As the American movie crew didn’t get a permission to shoot behind the iron curtain, the location was changed to Helsinki – my home town.

Given the strong cast and the manuscript being based on a bestseller book, my expectations for the movie were sky high, but weren’t even nearly met. The dreary northern location felt all too unexciting and stale, and beneath taking place in the exotic location Gorky Park is nothing but a very average thriller. 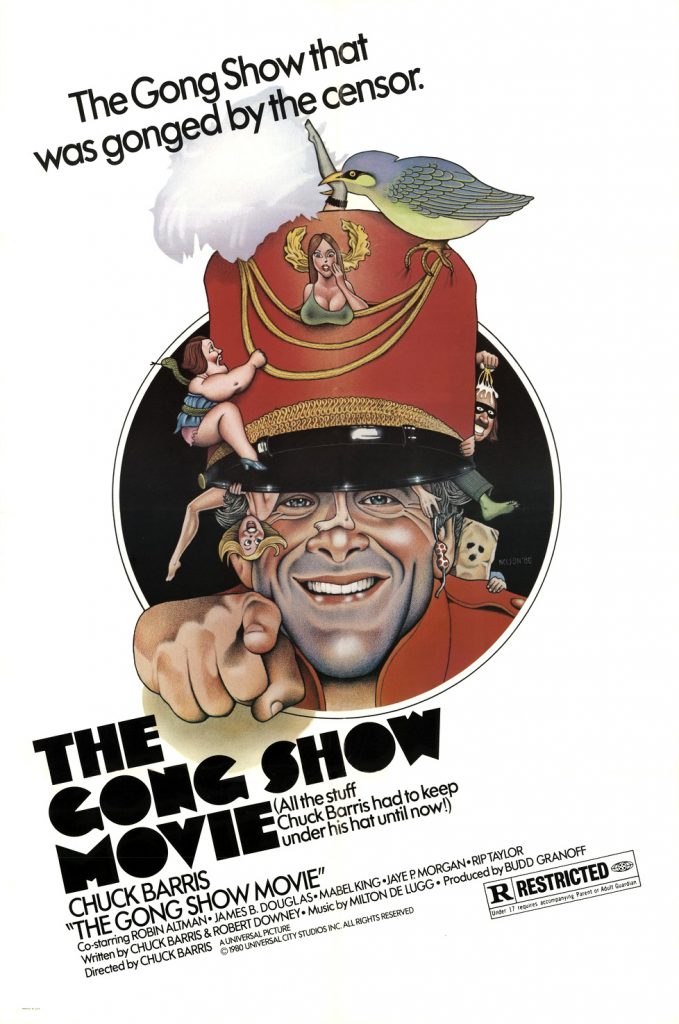 While the movie itself does not have much merits, it got me interested in the show itself and I ended up watching a few episodes uploaded to the Youtube. There’s admittedly something mesmerising in the show and if you are brave enough to want to take a look at the movie, you will likely get a slightly better mileage out of it if you check a few episodes beforehand.

The playwright Charles Fuller had a stroke of genius when he came up with the concept behind A Soldier’s Story: a murder mystery taking place deep south in segregated Louisiana and involving a African-American regiment looking forward to be shipped to serve in WWII.

A Soldier’s Story includes multiple intriguing themes: the struggle for equality, the mental stress while stuck in a limbo, and of course all the bigotry and racism that takes place in the army camp – but not the way you expected.

The movie is a triumph; its story is equally entertaining and thought provoking, directing solid, time period effortlessly established and the cast does not include one single weak link. 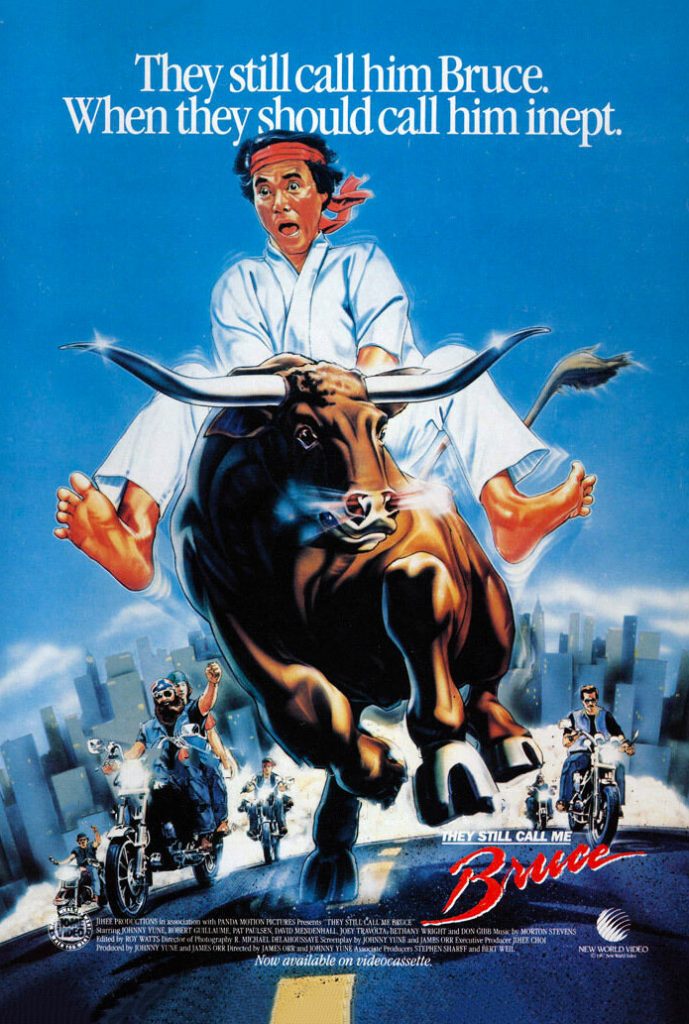 Released straight on video on 1987, They Still Call Me Bruce actually kicks off promisingly – not the Oscar kind of mind you, but discount VHS bin silver nugget kind of promisingly.

The late 80s style suits the movie better than what was seen in the original instalment, the plot revolving around the karate studio is marginally more interesting and the jokes dealing with Bruce misunderstanding English sayings are generally funnier this time around.

But this sequel starts running out of steam soon and the heavy handed padding makes the movie crawl through the finishing line. 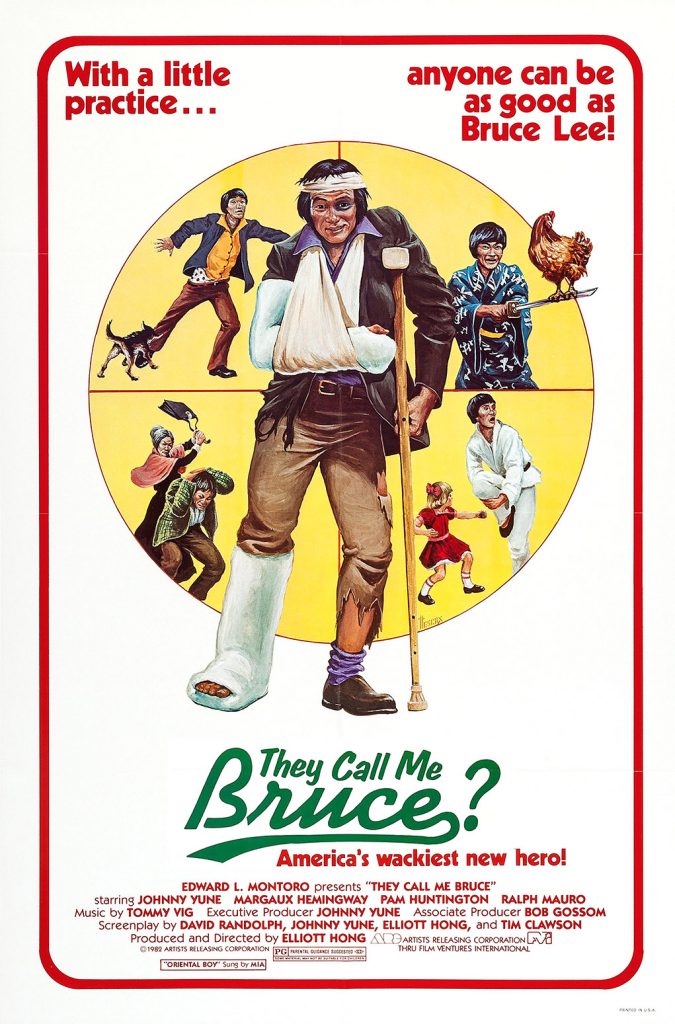 The quite hacky They Call Me Bruce deals with a clueless oriental cook getting constantly mistaken for a martial arts master – and never bothers to clear up the mix-up.

The joke that plays on the stereotypical portrayal with asians is funny, but nowhere strong enough to carry through a full length feature film. The remaining of the movie is less inventive, with most of the humour derived from our antihero misunderstanding your basic English proverbs. 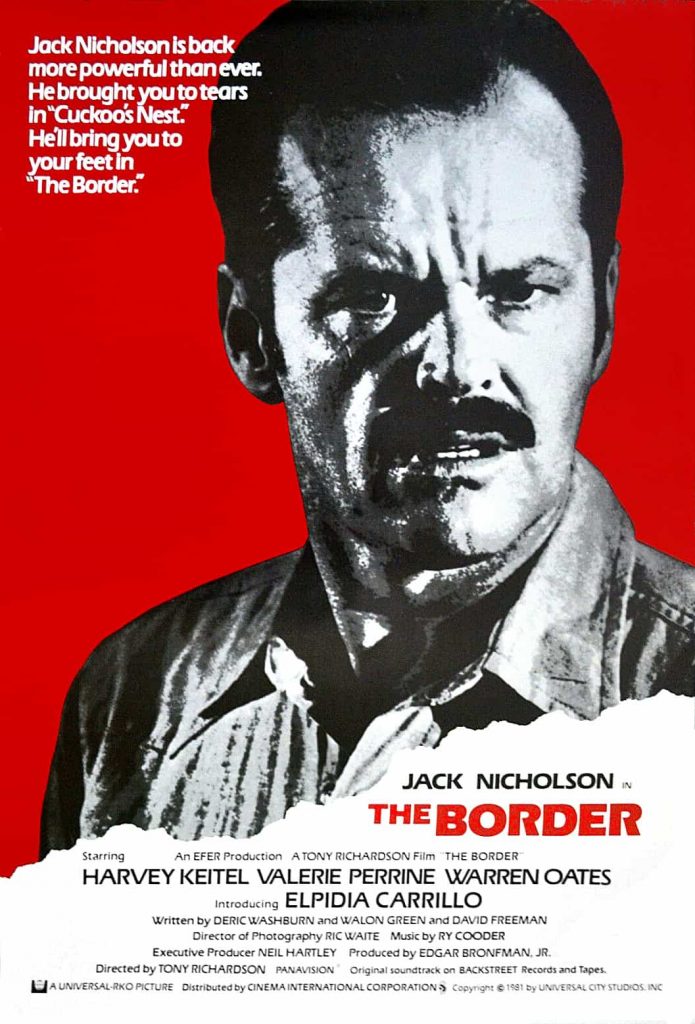 One of the rare misses for Jack Nicholson that didn’t gather nominations nor become a box office success, The Border is far from a failure as a movie.

in fact, it’s one of the most interesting looks into the situation at the U.S – Mexico border, picturing the very different everyday struggle that takes place on each side. Nicholson plays to a perfection the role of a border control agent trying to make the ends meet while struggling to hang onto his integrity, making it in my books one of the more memorable roles of the era.

The Border ended up being much, much more enjoyable movie than I anticipated and it is kept from greatness only by its 70s style sudden death ending that cuts the potentially gratifying final events much too short, leaving some vital questions unsatisfyingly unanswered.

This year’s Christmas special is by far the shortest yet. But, it’s also 100% longer than I previously anticipated as I thought I’d run out of eligible movies already last year,

The Christmas Star is one of those movies shot in Canada, but with U.S. actors and look & feel to make a saving in the production costs. The cast is actually remarkably good for a totally unknown little movie; familiar faces here include Ed Asner (who’s known for portraying Santa in various films), Rene Auberjonois (who sadly passed away earlier this month), Alan North and Fred Gwynne.

The story itself is basic, but manages to find an interesting sidetrack from the usual Santa Claus movies. The Christmas Star is not a big budget movie, but being a Disney movie there’s a certain quality to the production.

I watched the movie together with my 6-year old daughter who was glued to the screen right from the beginning to the end. So did The Christmas Star just become a xmas tradition for our family? That’s to be seen next year!