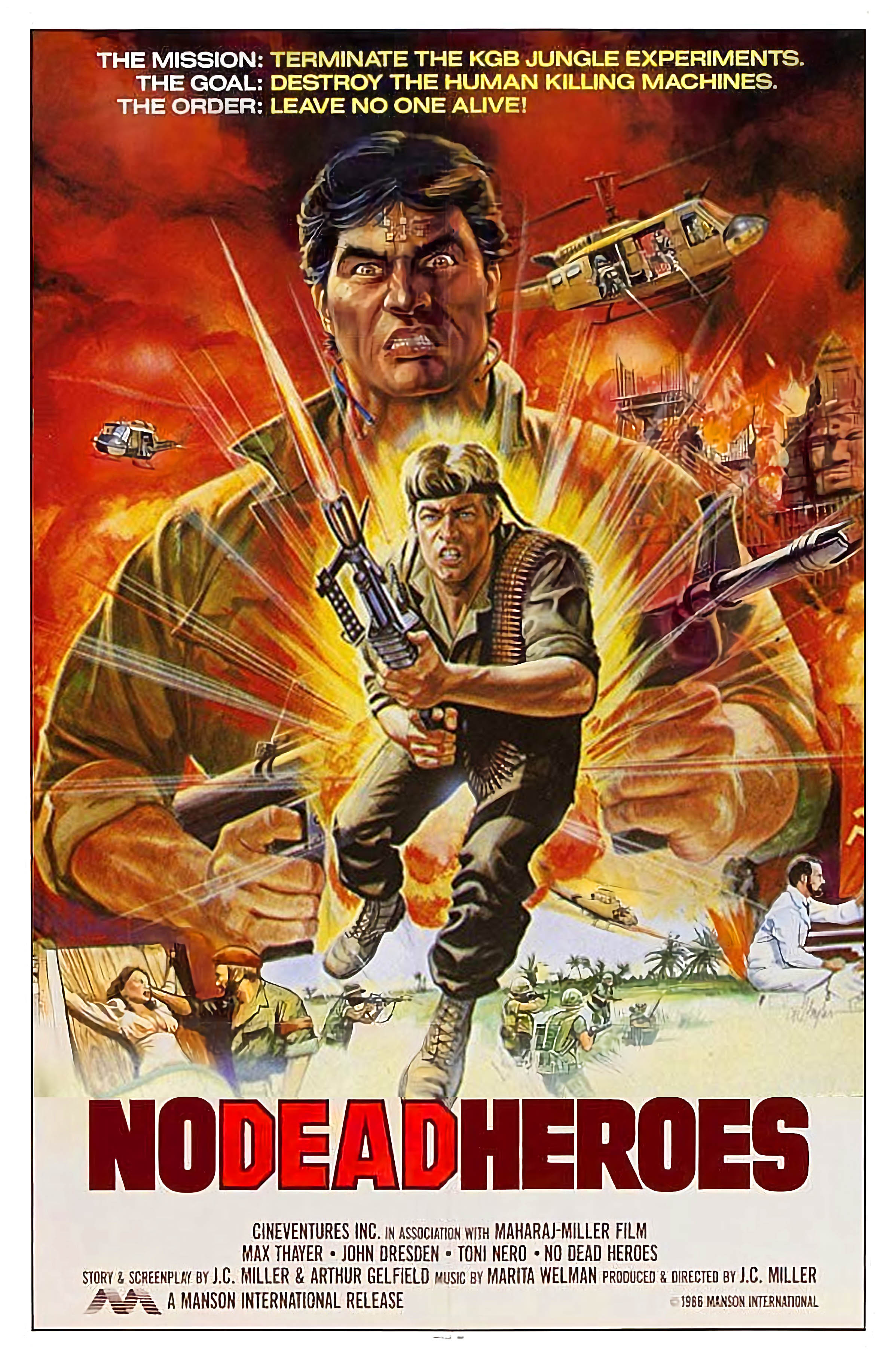 Similarly to Troma’s War, No Dead Heroes makes for an attempt for the biggest amount of bodies seen on the screen. But, without any humour aspect to it.

Everything about No Dead Heroes – like USA army officials being controller by microchips planted by KGB and jungle firefights with invincible heroes just walking and spraying enemies with bullets – sounds like tons of fun, but actually nothing here really is.

No Dead Heroes ends up plain ridiculous, implausible and far fetched, and could have saved the situation by taking all of its ridiculous aspects one step further, ending up outrageous instead of lukewarm and wishy-washy.