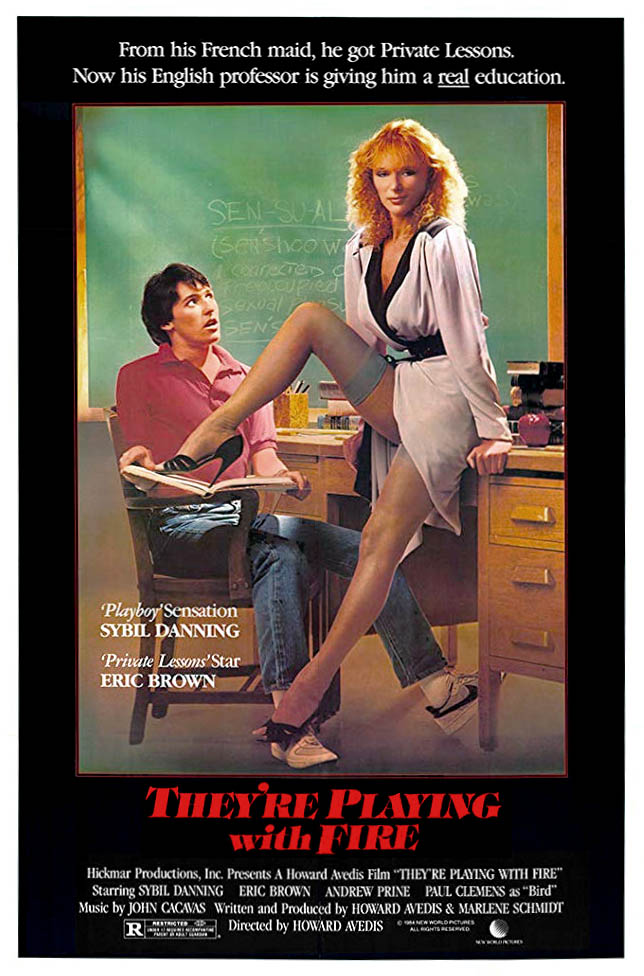 An older female teacher seducing her young male student to a sexual intercourse, why does this seem to ring a bell? Oh yes, we saw the same concept in Private Lessons some two hundred movies ago. And hey – it even stars that same guy, Eric Brown.

Despite the obvious similarities, the two movies aren’t related and from the get go They’re Playing with Fire seems to have an actual movie it as the relationship soon turns into foul play, resulting in a murder and our young casanova getting wrongly accused.

But as the director Howard Avedis doesn’t seem to be capable in anything else but to try out the cheapest of the tricks, the movie soon turns into something of a slasher, nullifying all the thriller elements that had been build so far.