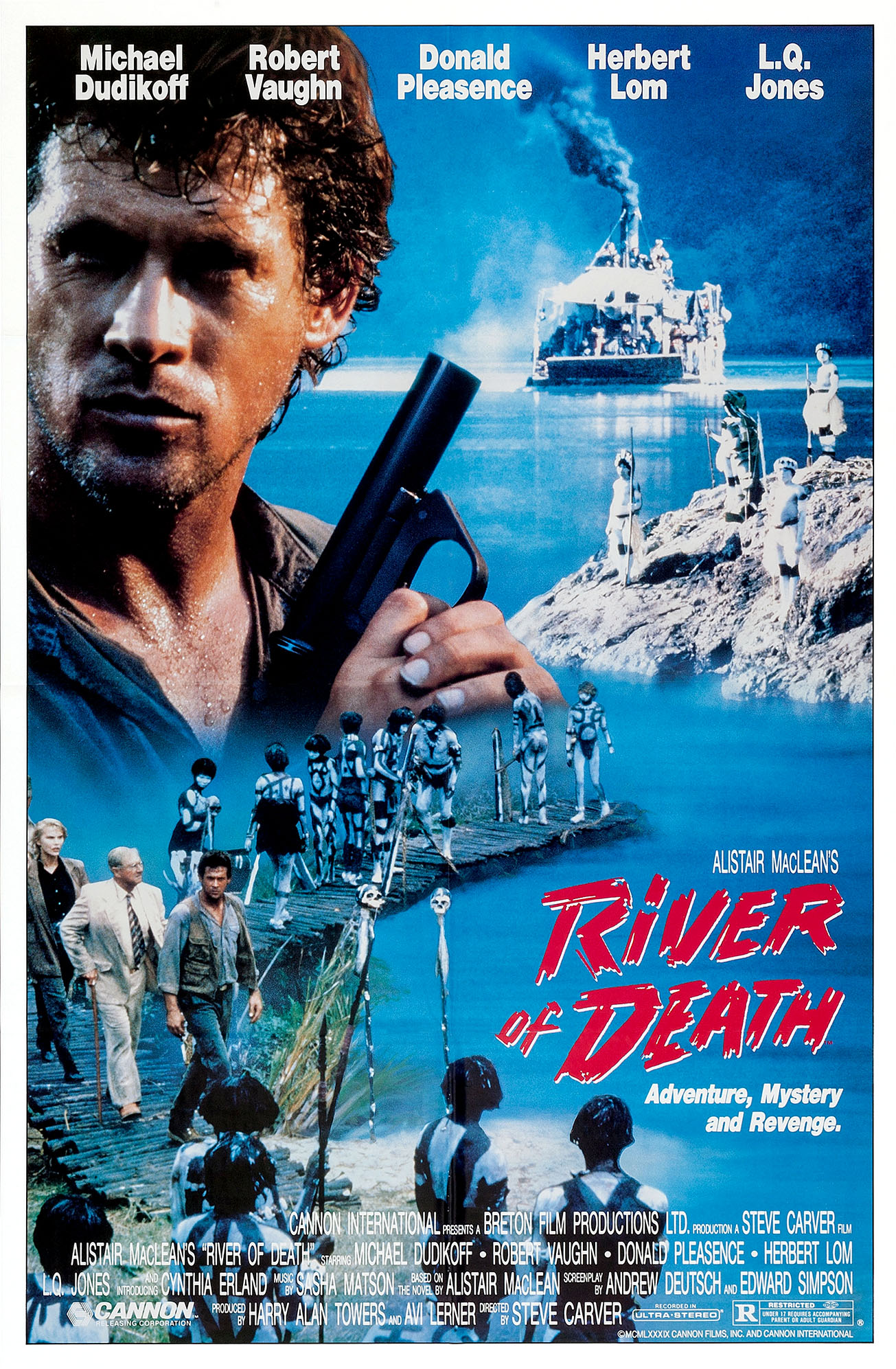 Take Michael Dudikoff of the American Ninja fame, Donald Pleasance of the Halloween fame and Robert Vaughn, and add elements of Nazi doctors lost in the South-American jungle and Indiana Jones like adventure elements and on paper you’ve got one heck of a value proposal for an entertaining movie.

But River of Death never delivers. Based on the Alistair MacLean’s 1981 novel of the same name that apparently wasn’t a strong one to start with offers virtually nothing engaging in the filmed form.

River of Death tries to mask the shortcomings of the story with strong product values – including surprisingly convincing set design – but it becomes painfully obvious no later than half way through the movie that it is totally running on empty.