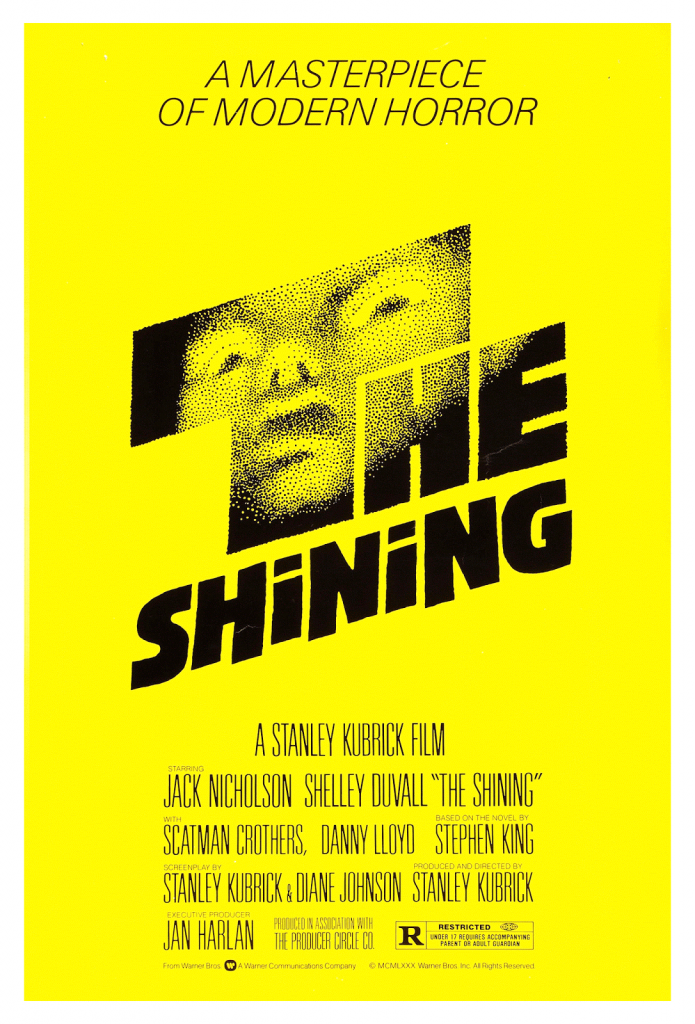 Iconic, idolised and imitated of almost every scene it features, Kubrick’s horror classic featuring Jack Nicholson in one of his most memorable roles, The Shining is a piece of thriller and horror art and leaves very little or nothing to be improved. 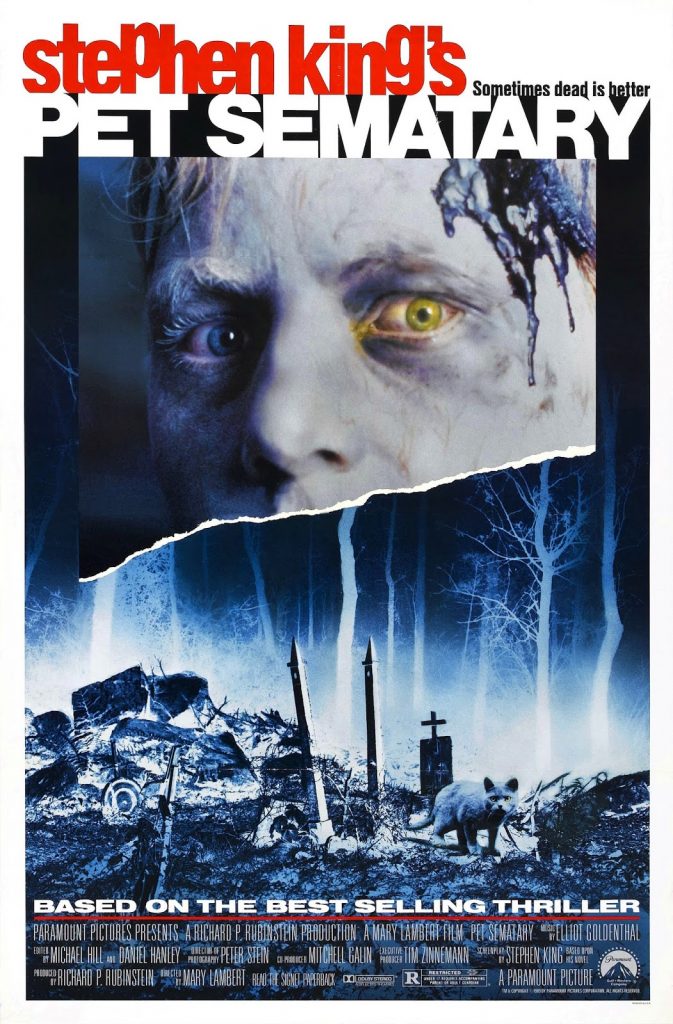 The movie adaptation of King’s possibly creepiest novel has at first some cheap made-for-TV production quality to it, but as whole does much more things right than wrong. 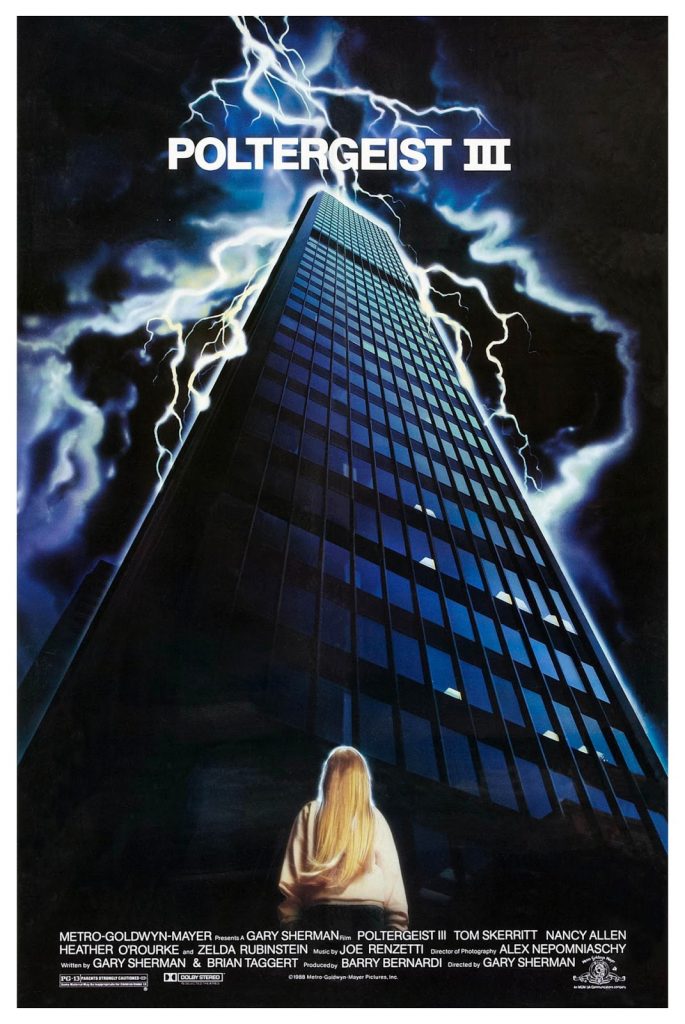 While the third and the last part is patchy and uneven, Poltergeist III does make up for its heavily cut budget with an very imaginative use of camera and smoke & mirror tricks, but only partly so. 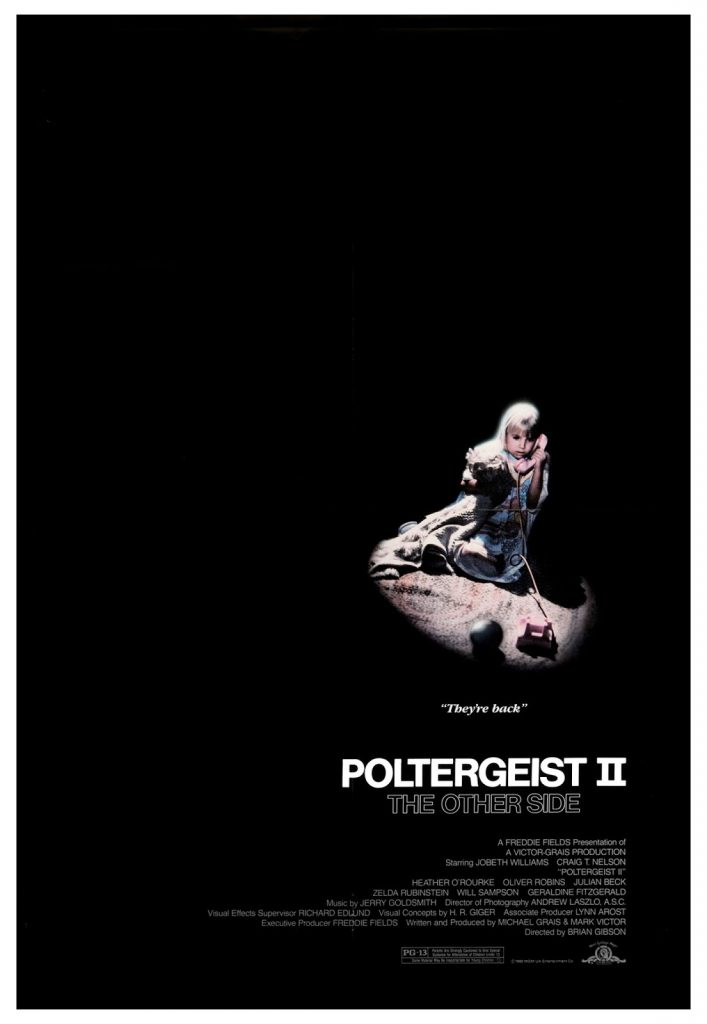 The inevitable sequel doesn’t bring much new to the table and its strengths are in the professional production quality and special effects rather than the story.

Spielberg’s vision of a scary movie, Poltergeist is a full of adventure-like magic and responsible in making an entire generation of kids terrified of their TV sets. 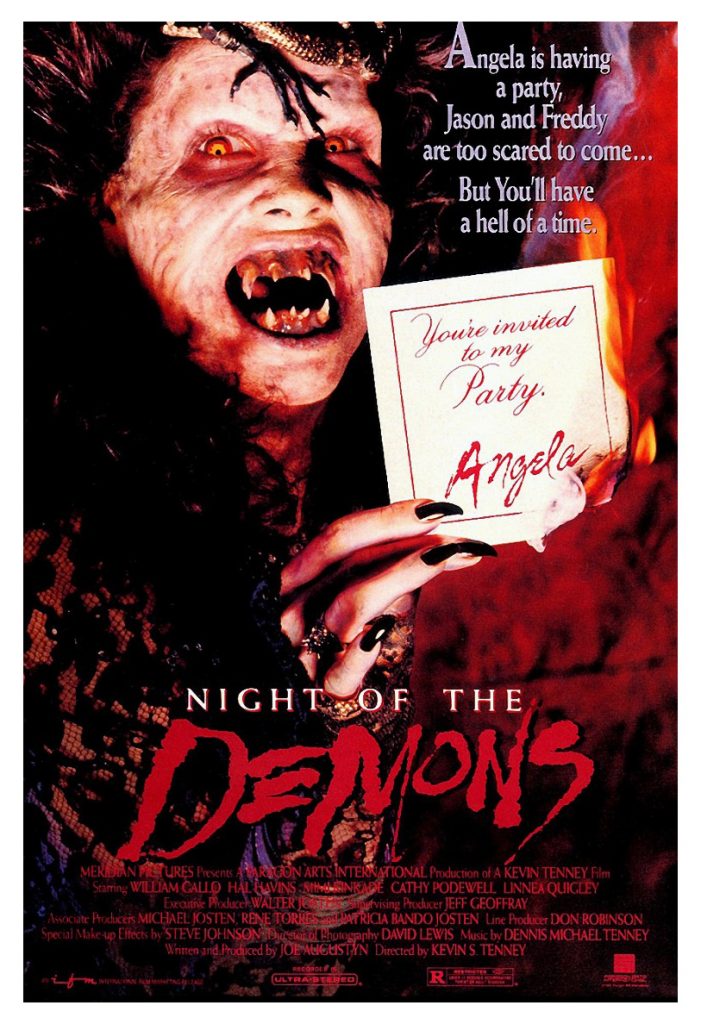 A centerfold right out of Fangoria magazine, Night of the Demons is gory, ruthless, sexist and utter nonsense. In other words: Heaps of fun, and 100% eighties!

Bride of Re-Animator misses its chance of amp up the humour and the uncanny twisted atmosphere that made the first part great, and ends up a mediocre zombie movie. 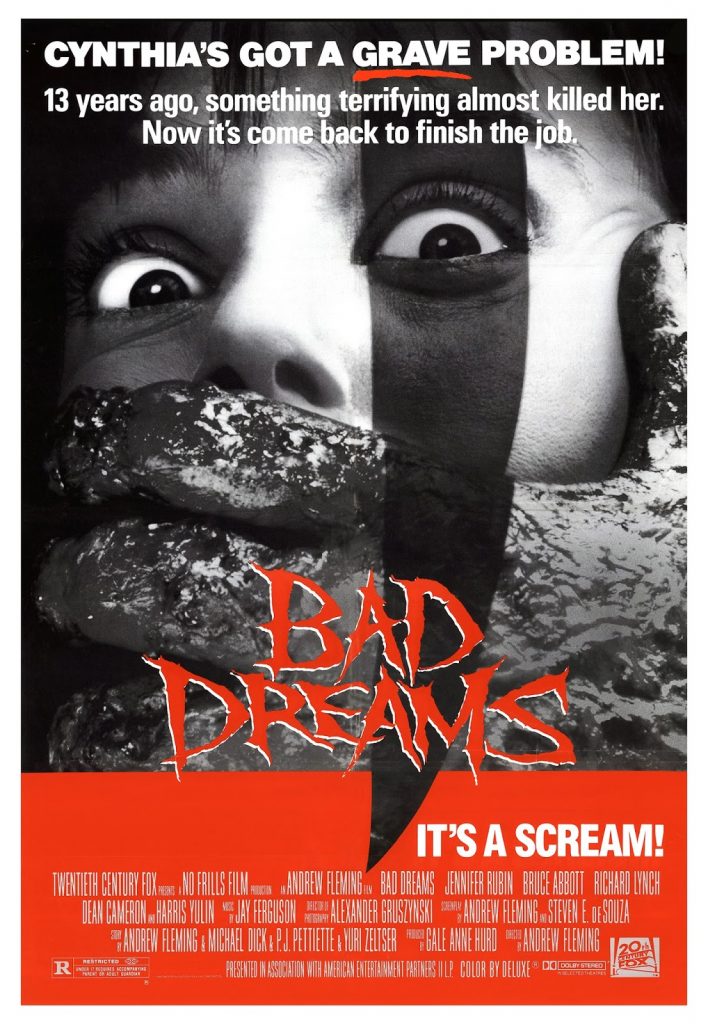 Don’t mind the concept which at first seems to be a blatant Nightmare on the Elm Street rip-off, as Bad Dreams has a few nice game changing jacks up its sleeve. 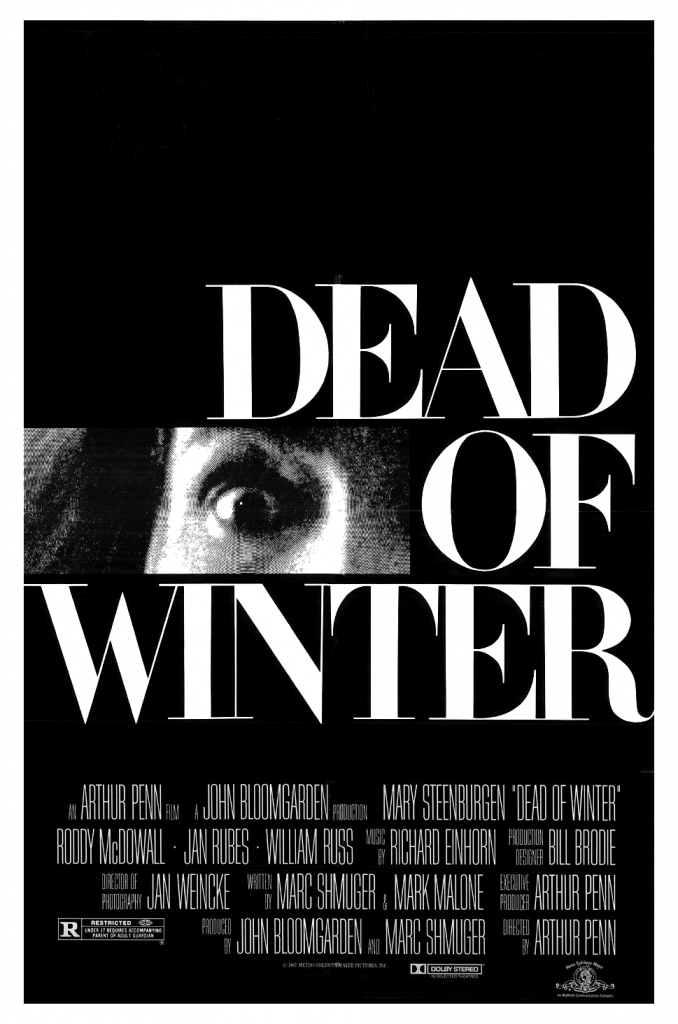 A solid classic thriller in the vein of Hitchcock, Dead of Winter regrettably doesn’t rely on the working setup it has established, but a bit needlessly overcomplicates the plot as the movie progresses. 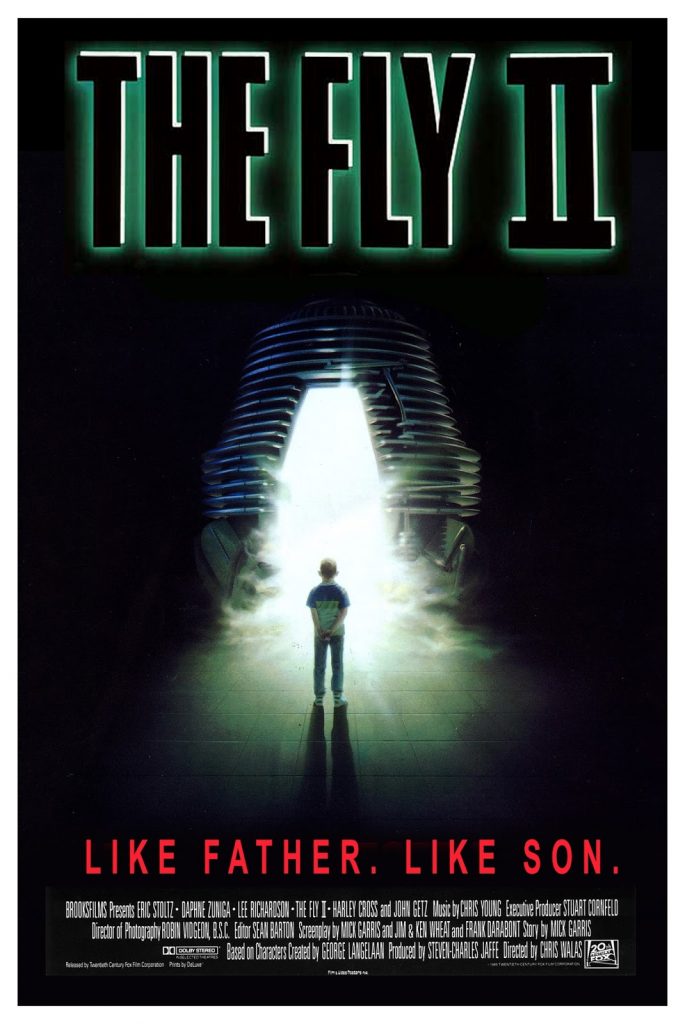 The Fly II replaces the whole team from the first movie, and succeeds to stand on its own for awhile – but ultimately takes too many wrong turns to be rememberable. 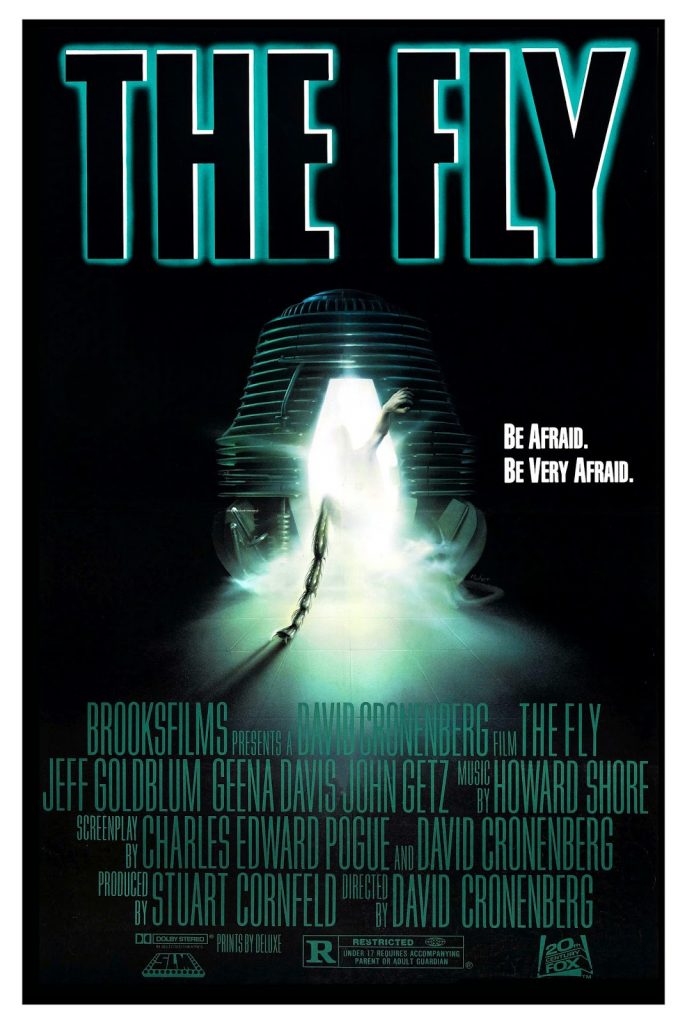 David Cronenberg’s great interpretation of the 1958 movie easily outshines the original and the eccentric scientist is role Jeff Goldblum was born to play. 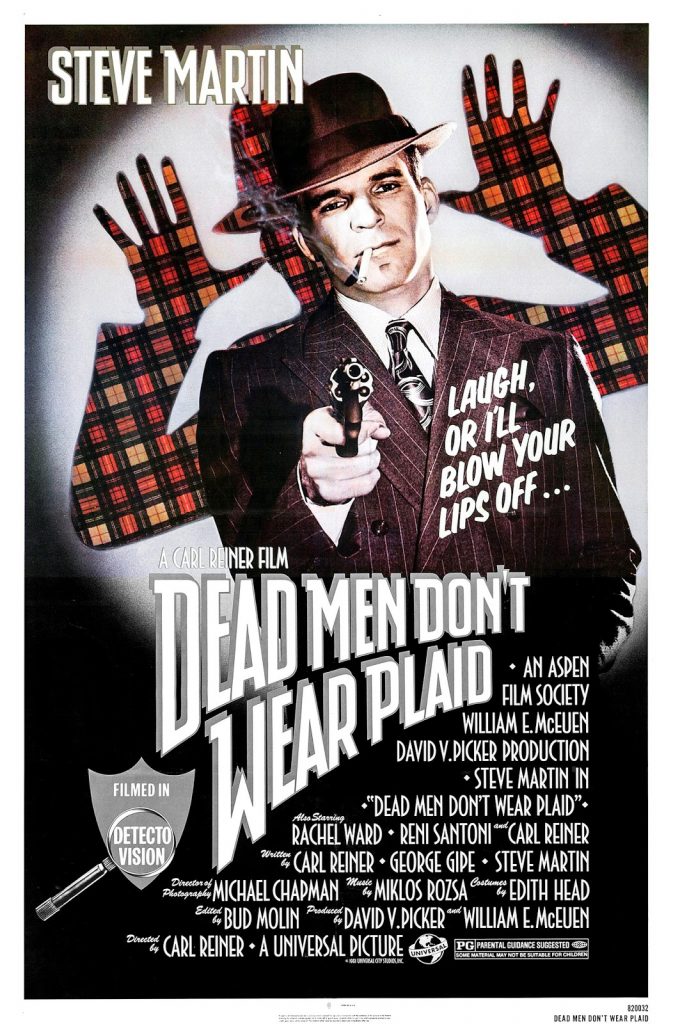 Dead Men Don’t Wear Plaid is built on the premise of mixing clips from classic film noir movies together with new footage shot in black and white to match the scenes and lighting of the old movies.

Here Steve Martin plays a hard boiled, but goofy detective and Rachel Ward the mysterious femme fatale giving him an assignment leading him up against hard boiled gangsters. The play with the clichés of the lowest common denominator is apparent here.

Unlike today, back in 1982 film editing, and all the source movie material wasn’t available for everyone and it took much more planning and manual work to pull this kind of work through. In that context Dead Men Don’t Wear Plaid is a fairly smooth experience. But, in the context of this day and age – when video editing is available for even the preschoolers – Dead Men Don’t Wear Plaid’s pasting together old movie clips with new ones doesn’t feel that impressive at all.

The Blu-Ray also reveals that the flawed end result with old movie clips looking distinctly more blurry between cuts compared to the newer footage, and audible hiss appearing and disappearing whenever old sound vs a new one is being used.

With the story tied to the old clips, the overall plot also feels very patchy and self-indulgent, and doesn’t make an interesting watch excluding the end which relies less on the old material. The few jokes scattered around are mostly ok, but never side-splittingly funny.

In the end, it’s a shame. Martin (with his hair dyed black here) actually makes a pretty good film noir star and based on what’s seen here he could’ve easily supported a full length movie by himself, instead making of a 90-minute prolonged joke, a cheap mock of the classic film noir movies. 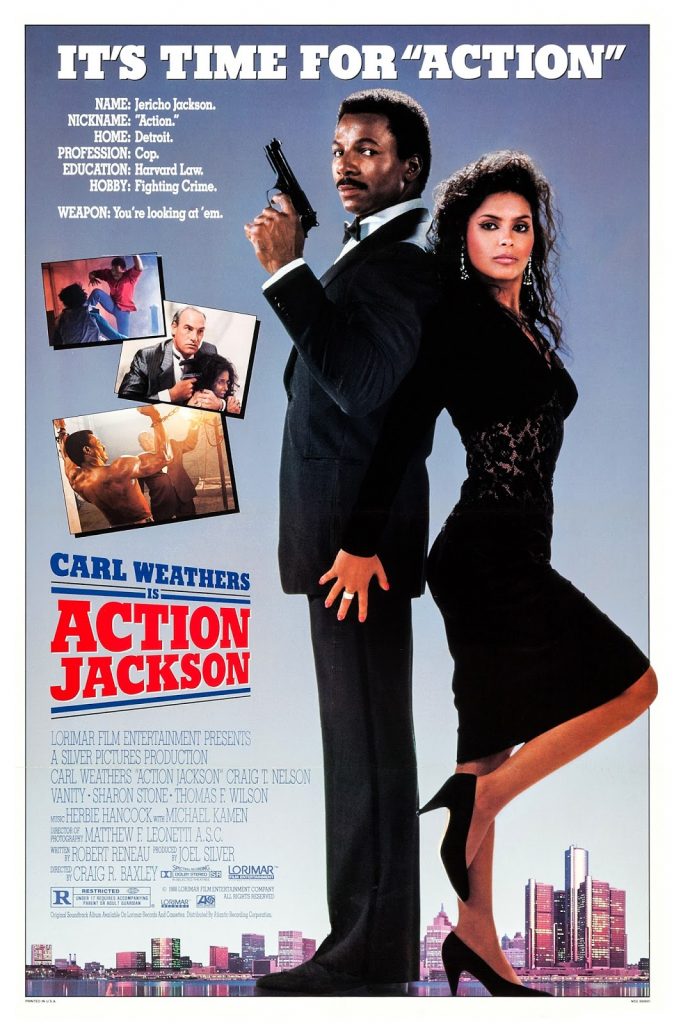 Sure, Action Jackson might have some sort of (formulaic) plot, but don’t let it distract you from watching this awesome eighties action hodgepodge led by Carl Weathers. 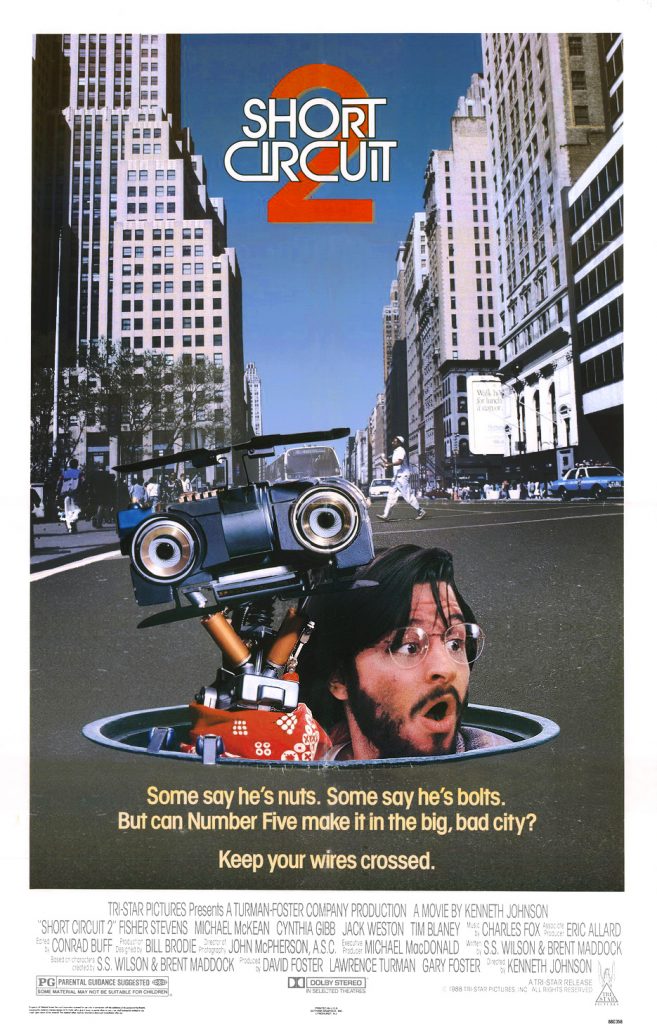 While an ok time killer, Short Circuit’s sequel loses Steve Guttenberg and lacks a radiant lead to give the movie that little extra spark it’d need to be excellent. 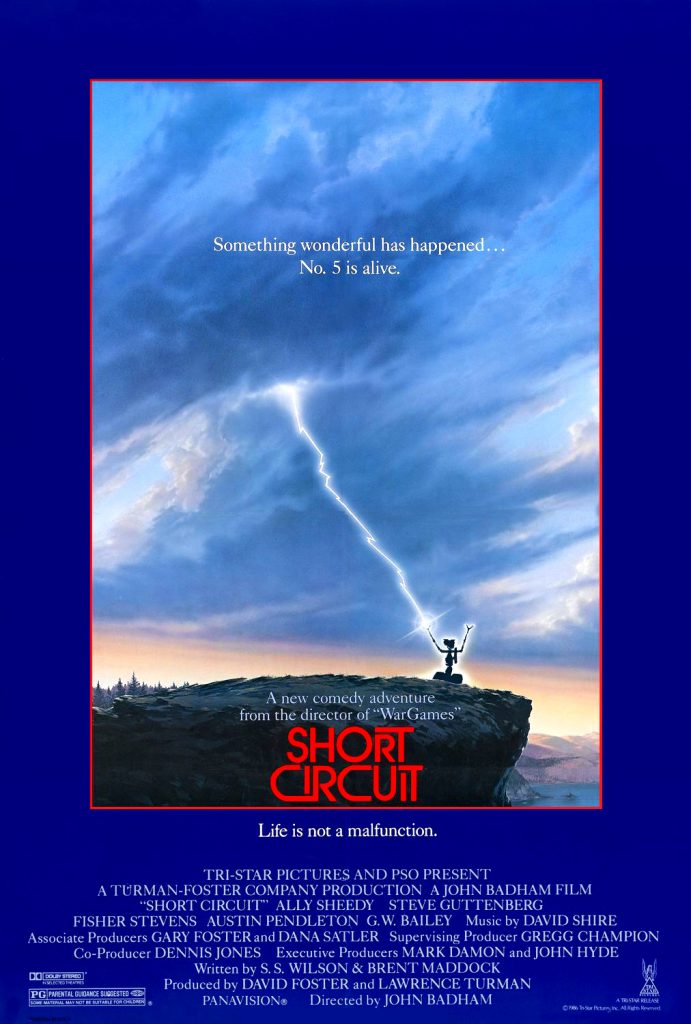 An adventure film with (an electric) heart and soul, Short Circuit succeeds in conveying the ambitious idea of a man-made robot turning alive. 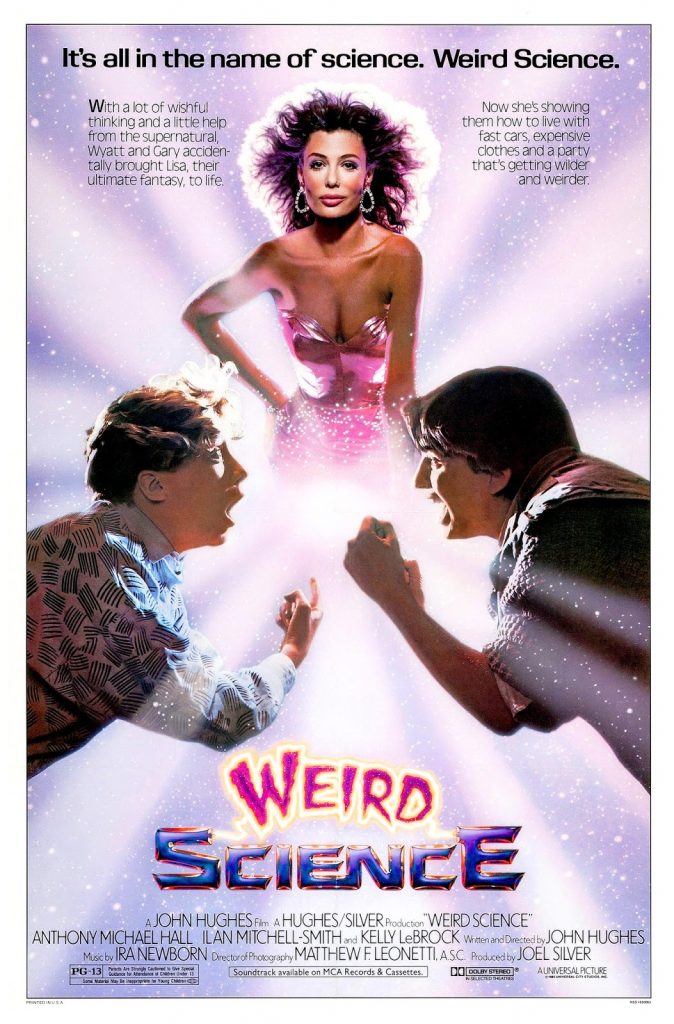 Ok ok, so Weird Science’s reputation outshadows the movie itself and it isn’t as epic as we all wanted it to be – but it’s still a very solid John Hughes movie packed with tons of fun and should be on your list of 80s films to watch. 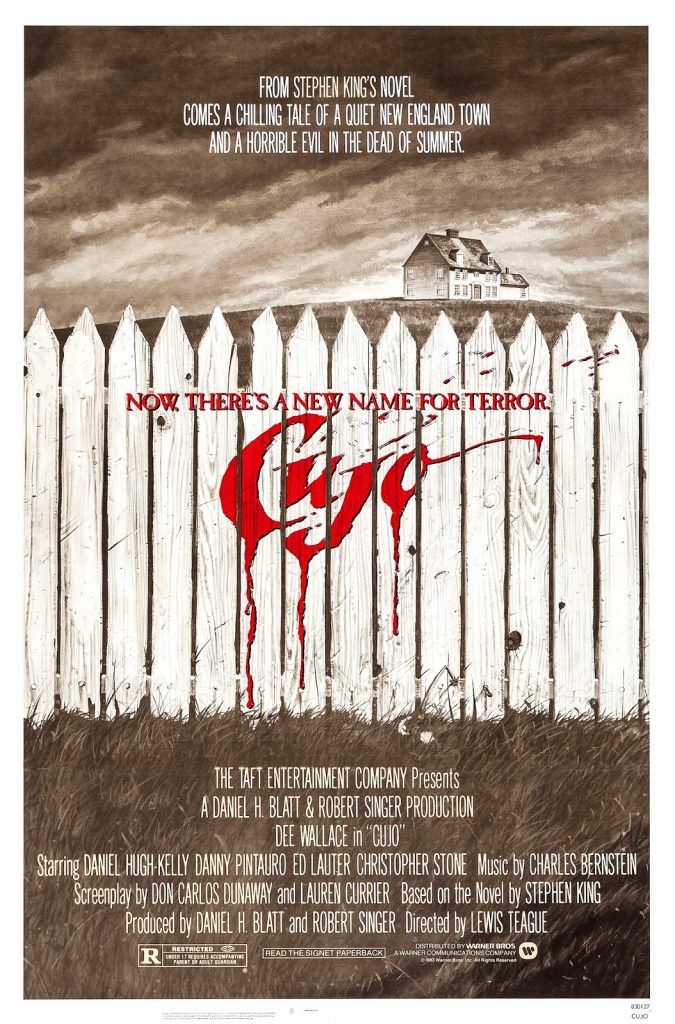 While the plot isn’t anything special, Cujo pulls off the almost impossible task of turning a lean shot-in-the-daytime saint bernhard into a vicious killer in a scaringly convincing way.

The too-unbelievable story of Innerspace requires you to throw out your sense of realism, but in exchange it offers you a very decent rollercoaster ride of a scifi adventure. 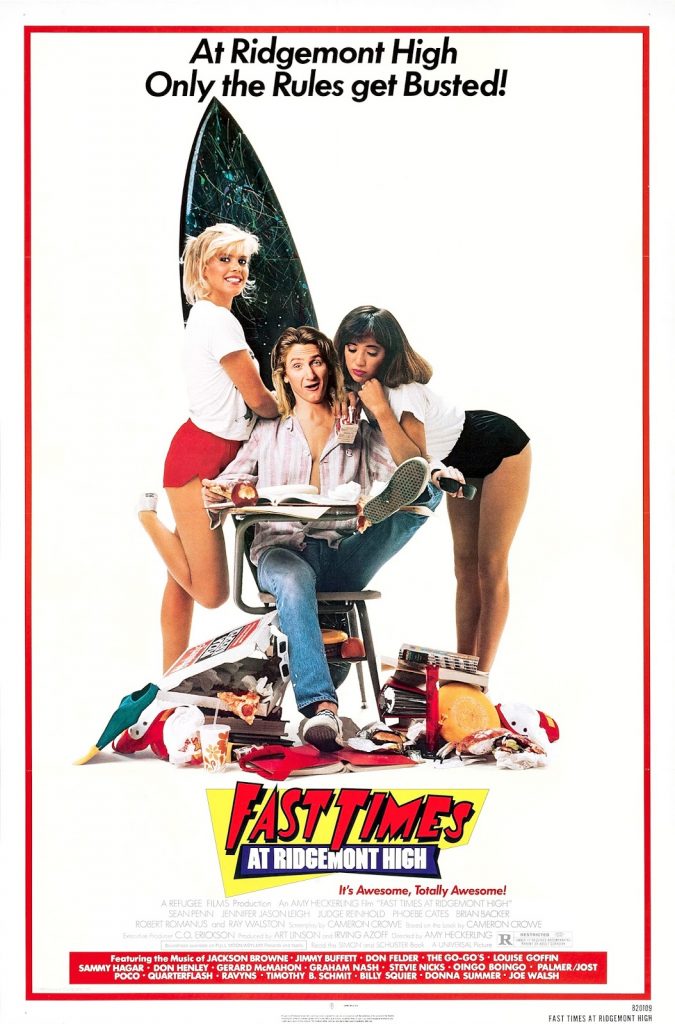 With no actual plot to speak of, Fast Times At Ridgemont High is amazingly entertaining and well constructed movie – and completely honest in everything it does.